When “Ministry” Meant Practicing What One Preached – The W.E. Sangster Story

Arguably Britain’s 20th Century Prince of Preachers, William Sangster was born in London in 1900. His relatively short life was prolific, profound, and powerful to all who had the pleasure to meet him – from monarchs to paupers.

Sangster was attributed with the mantra “I just can’t do enough”. Not one he sought, but one that cascaded from his lips as he not only ‘burnt the candle at both ends’, but also broke it in half and lit those ends too.

At the commencement of World War II, Reverend Sangster assumed the leadership of Westminster Central Methodist Hall in central London, and his first message in that venue was to announce that Britain was at war with Germany.

As the war progressed and the bombing of London commenced, he turned the hall into, not only a bomb-shelter, but a home for hundreds of people/families from the slums – and then moved he and his family in too.  Having only one room for he and his family, (no privileges) he ministered – he served for 1,688 consecutive nights to the same displaced and afraid.

Whilst undertaking this herculean task, he also continued to preach every week and to a packed venue of 3000 people, lead many to Christ and complete a PhD.

He earned, but did not seek, the honorary title of being John Wesley’s successor – a lofty mantel indeed.

One could imagine this relentless, even though God inspired/enabled service, can take a toll – particularly in such incredibly difficult conflict overrun times. It did.

It was said over the years of Methodist preachers and ministers that they ‘knew how to die well.’ Sangster proved no different.  After being diagnosed with a motor-neuron disease called progressive muscular atrophy, his physical decline over the next three years was utterly debilitating. In his last days, he was only able to move two fingers.

However, none of this it was witnessed, diminished his attitude or fervour. In fact, on receiving the news that this condition would end him he set down what he called ‘Four Rules for Dying’. Good to his word, he kept them until his last breath.

It is ironic, is it not, that such a remarkable life of humble Christ-like service is not celebrated, even lauded. Yet, that is the nature of the true servant. Even when gifts and talents can propel you into ‘influencer’ status and the giddy echelons of fame and notoriety, just like our Lord and Saviour, it is not the spotlight that brings legacy, but the transformation of lives and environments served that does that.

I’ll leave you with a quote I heard recently and one that has challenged me to recalibrate my poor, by comparison, understanding of service in HIS Kingdom.

“Many Christian people may enjoy the title of ‘Servant’, but few like to be treated like one!” Unknown

For more on Rev W. E. Sangster’s Life go to Memories of a Great Leader

The Chronicles of The Catholic Church in Lithuania (Under Communism)

"Crushed beneath the grinding hell of Communism, Lithuania's Catholic Christians determined to make the West aware of their plight. On March 19th 1972 they began to publish a journal - The Chronicle of the Catholic Church in Lithuania, documenting governmental abuses against the Church. Examples include a 70 year old woman sentenced to a year in prison for teaching children the Lord's Prayer and the sending of a man to a psychiatric prison for making a Cross."  (This Day in Christian History)

This many volume Chronicle was a voice in the silent and oppressive darkness that is communism in all it's forms. The 'socialist spectrum' will always have varying degrees of animosity to the Church, as the Church is the collection of those who believe in an ultimate power and authority that is not the State.

Totalitarianism in all it's flavours - Left or Right of politics - cannot permit an influence, an authority, a power that diminishes, undermines or in any way detracts from the State.

In his outstanding book 'Live Not By Lies - A Manual for Christian Dissidents', Author Rod Dreher succinctly and in-depth outlines much of the conduct behind this Totalitarian badge and how it is playing out today in the so called progressive West.

"It is difficult for people raised in the free world to grasp the breadths and depth of lying required simply to exist under communism. All the lies, and lies about lies, that formed the communist order were built on the basis of this foundational lie: 'the communist state is the sole source of truth.'  Orwell said in Nineteen Eighty-Four: "The Party told you to reject the evidence of your eyes and ears. It was their final, most essential command."

Under the dictatorship of Big Brother, the Part understands that by changing language - Newspeak is the Party's word for the jargon it imposes on society - it controls the categories in which people think. "freedom" is slavery, "truth" is falsehood, and so forth. Doublethink - "Holding two contradictory beliefs in one's mind simultaneously, and excepting both of them" - is how people learn to submit their minds to the Party's ideology. If the Party says 2+2=5, then it is so. The goal is to convince the person that all truth exists within the mind, and the rightly ordered mind believes whatever the Party says is true.

In our time, we do not have an all-powerful State forcing this on us. This dictatorship is far more subtle. under 'soft totalitarianism', the media, academia, corporate culture, and others institutions are practicing Newspeak and compelling the rest of us to engage in doublethink everyday - Men have periods. The woman standing in front of your is to be called "he." Diversity and inclusion means excluding those who object to ideological uniformity. Equity means treating persons unequally, regardless of their skills and achievements, to achieve an ideologically correct result.

To update the Orwell line to our own situation: "The Office of Diversity, Equity, and Inclusion told you to reject the evidence of your eyes and ears. It was their final, most essential command."  (pp 14-15)

(See Sacrificing Truth on the Altar of Identity - Video)

The Chronicle of the Catholic Church in Lithuania was a bold and arguably, seminal type in challenging the oppressive totalitarianism the Church was subject to. It was a voice in the oppressive darkness that was heard. A voice we need no less today.

Go to The Chronicle of the Catholic Church in Lithuania

The Gravitation of the Servant Heart?

"People do not drift toward Holiness. Apart from grace-driven effort, people do not gravitate toward godliness, prayer, obedience to Scripture, faith, and delight in the Lord.

We cherish the indiscipline of lost self-control and call it relaxation; we slouch toward prayerlessness and delude ourselves into thinking we have escaped legalism; we slide toward godlessness and convince ourselves we have been liberated." 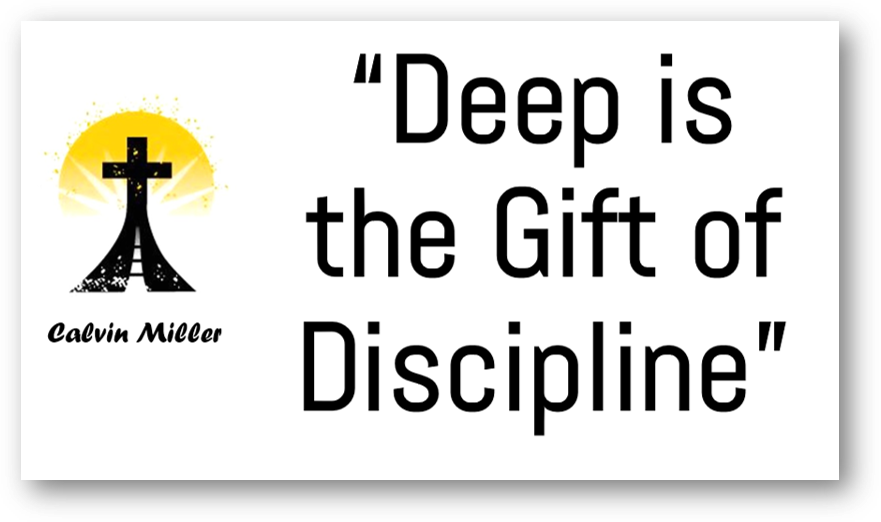 Everything Rises and Falls on...Servanthood!

Dr. Robert Clinton posited that "Leadership is influence!" John Maxwell declared... "everything rises and falls on leadership!" These axioms seem ostensibly true, but the key here is to define the term 'leadership'.

Certainly in a performance based and productivity focused culture, this word has a number of definitions and even more connotations, however what needs to be some of our keys for defining the quality of the 'leader'? On what terms, patterns and models should we be focusing to determine this?

What do you think? Let us know!